It’s getting unsustainable. My trusty old Mac Book Pro 13” (2012, over the years kitted with SSD and 16Gb memory), that once introduced me to the world of Garage Band and later Logic Pro X is giving up on me.

It’s struggling with recording and playing my music and I don’t think it’s only due to the quality of my compositions, even though that might be a theory. 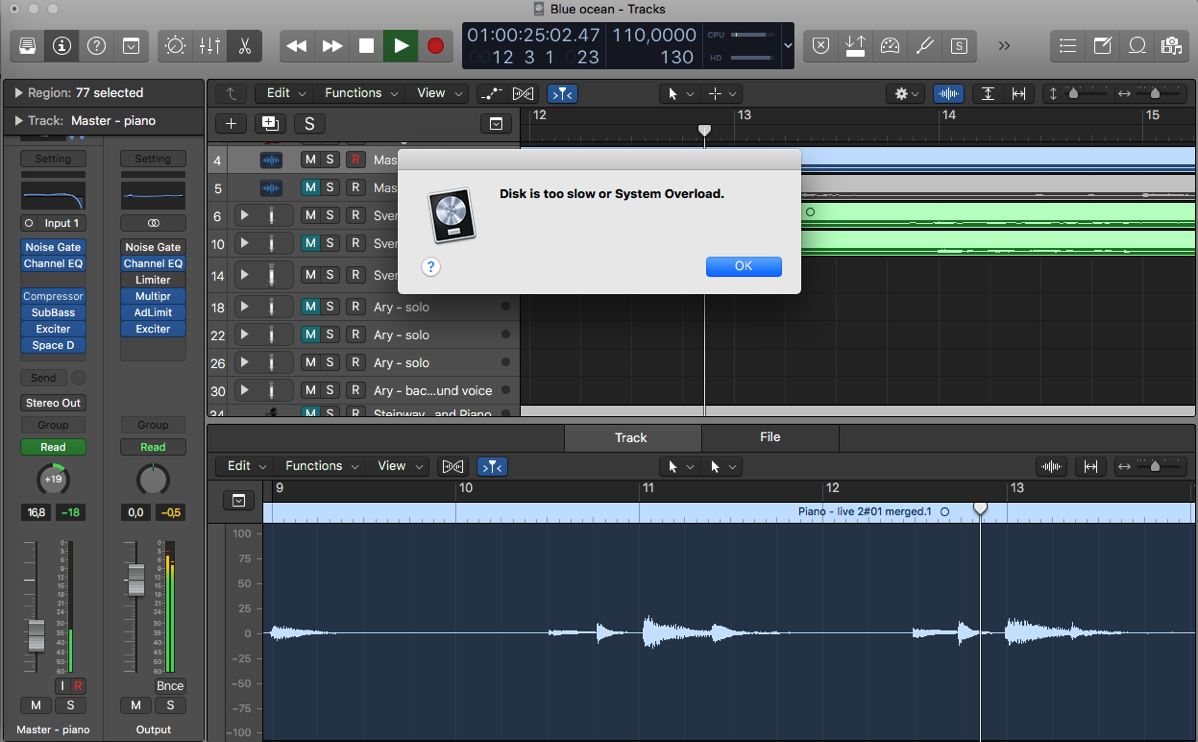 Recordings are failing as the computer is complaining over to slow disk or simply stuttering along, struggling to play back a 5 track song with mostly recorded music. So the dreaded moment is here. I need to upgrade and that means choices. A lot of choices.

As I see it now I have the choice of either buying a ridiculously expensive Mac  or, as I own a powerful Windows PC for gaming, leaving Logic and investing a little less money but a lot more time in learning something else. There are many pros and cons in this question and it is the cause of many spreadsheets being created over the last weeks.

What to do? I like Logic. Not that I have tried anything else, but I haven’t really needed to. It gets the job done. At the same time, investing that amount of money as the cost of a powerful Mac would mean could be used to buy a new guitar for example and that would actually be adding something new to the music creation rather than just making it suck less to record.

I can’t defend to myself spending the amount of money on a new computer just for Logic. At least not without trying some of the competition. I have a copy of Ableton Live Lite lying here somewhere as well as a Cubase LE. I will try giving these a spin. If they are good enough, I will start the process of abandoning my trusty Logic and become platform independent, and not buy another Mac. I guess I will write more on those DAWs here as I try them out.

Any cookies that may not be particularly necessary for the website to function and is used specifically to collect user personal data via analytics, ads, other embedded contents are termed as non-necessary cookies. It is mandatory to procure user consent prior to running these cookies on your website.