I stumbled on this music discovery service today, Melobee, in an facebook post from a band I’ve never heard of and don’t remember.

Artists can upload songs or videos and then the listeners can vote what they like. Almost like Tinder, just different (I wouldn’t know, I have of course never used it. Just heard of it. I don’t think rock stars like me hang there).

The on-boarding process is simple enough for normal users, but then it gets confusing when creating an artist account as it looks  exactly the same to create an account for a user and an artist, but a normal user can not upload songs. So to use it I ended up using two different browsers to have two different identities. The rock fan me, and the rock star me. Easy peasy.

Anyway. The service is pleasant. Looks good. Flows well and reacts as you’d expect. But that is until you raise the volume. The music was very out of genre.  Sorry fellow rock stars, but could you please try to get the genres roughly correct? (And make better music that fits my taste?) I spent the first hour just not liking the songs.

My first like was this. NAKED. The name worked like a charm and caught my interest as it was supposed to.. But there was nothing naked in the video so that was a bit of a let down. The song was ok though. 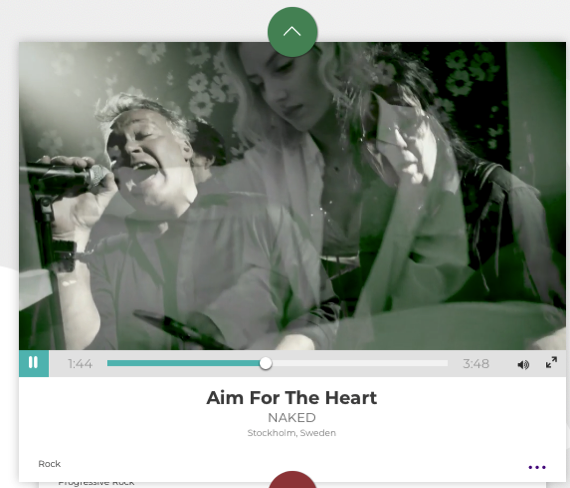 It’s easy to understand why the experience of listening gets weird. Check this genre selection out for uploading music. Confused? Is Metal Mambo really a thing? Should it be?

The listening interface is pleasant and simple.  I would however like to have the option of liking a song and finishing to listen to it. As it is now it breaks and plays the next one. Let me choose.

The genres are too wide as well. Example: I like alternative, rock, acoustic and not rap. But there is ”alternative rap” genre so I get rap songs anyway, and guess what verdict I generally give those? They might be good, but just not my kind of music so it’s a bit unfair to the rap stars that us rock stars downvote them for being, well, rap stars. I actually would like a ”I don’t give a shit” button in that case.  And some AI that figures out that I don’t want this sub category. Or just fix this! 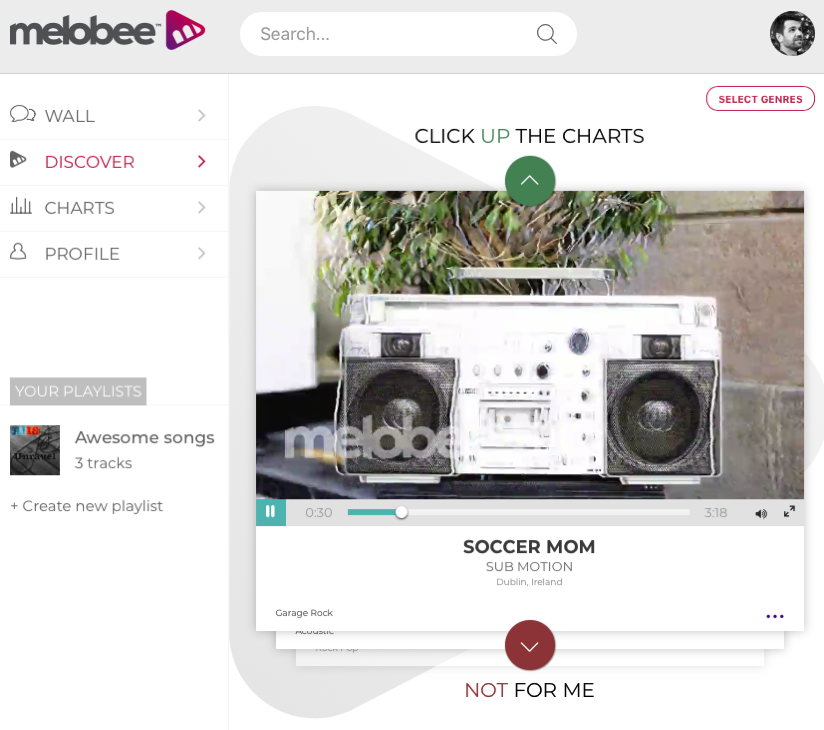 Also when I change to the charts for example, the currently playing song stops. Why?

The iPhone app is similar but needs a little polish.  The finish is altogether nice and it does what it should, except the combined slider and pause button. Pressing it will pause the song…for a moment and then start playing again. Drove me completely nuts. The only way I found of getting it to stop playing was killing the app. I wonder if that is a feature. 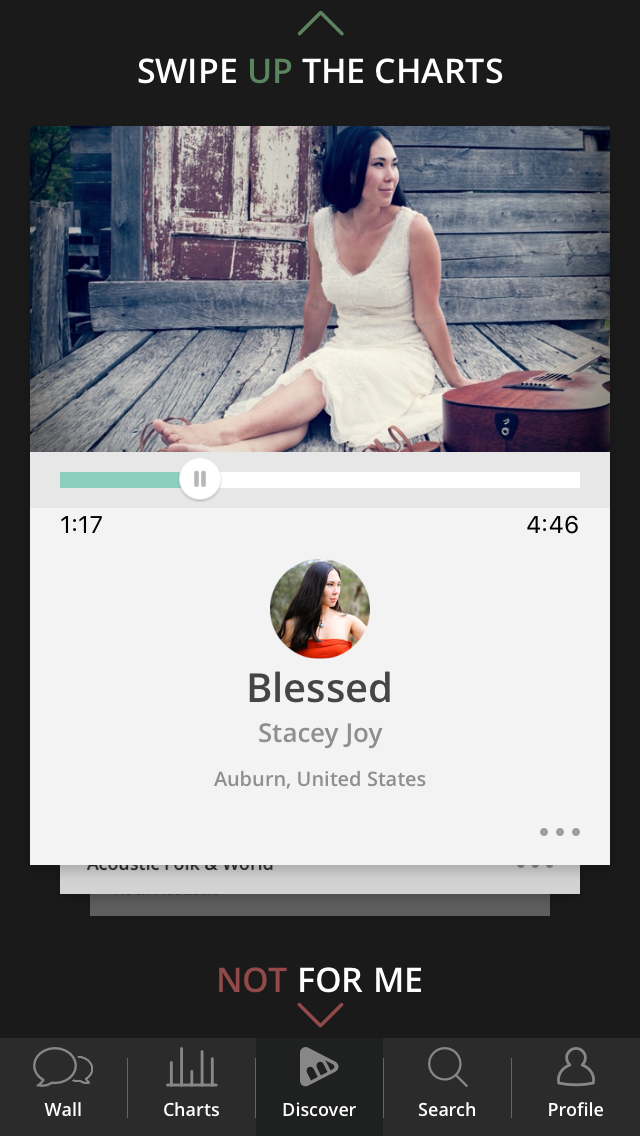 When it comes to getting heard, I uploaded three songs and 24 hours later I had 3 plays.  A week more and there are 9 plays. That is not a lot by any standard. I wonder how many users there are on the platform. Since all songs should have equal chance to be played there must be and awful lot of songs per active listener.

I would also like to know how my songs rank in the charts but it seems the only way to do that is to select a chart and start scrolling. There must be a better way.

I love this idea. I hope they can gain traction with it and some more users. The service is young and they are working hard at improving it from what their youtube channel seems to suggest. This is definetly not a finished product, so I will keep checking in and see how it evolves. It’s currently not helping me at all in my rock stardom. But maybe some day?

Any cookies that may not be particularly necessary for the website to function and is used specifically to collect user personal data via analytics, ads, other embedded contents are termed as non-necessary cookies. It is mandatory to procure user consent prior to running these cookies on your website.